Belgrade's Ill Fated Gay Pride March: Will it Be a 'Brussels' or 'Moscow' Outcome in 2014?


The fix is in and a lot of people smell something rotten in the Vucic government. LGBT leaders such as Jovanka Todorovic, a leader of Labris, is skeptical and quoted as saying: "We always support all the requirements of the police, but with a certain amount of skepticism I have to ask the question the timing of this strike. This period coincides with pride and why we act as some kind of obstruction."

Belgrade is not only thumbing its nose at Brussels, but no doubt the government will gladly accept a police strike to avoid confronting a violent right-wing contingent of its population and continue to avoid upholding Serbian national law that guarantees the right to free assembly; not to mention the European Convention on Human Rights--a social and political legal compact that Prime Minister Vucic allegedly aspires to ascend and yield to -- just not this year and maybe, not anytime soon.

The stakes for Serbia's path to Europe were raised substantially on September 13th when a German citizen was attacked in Belgrade while attending an international LGBT conference. He was beaten so badly with a glass ashtray by the perpetrators that brain surgery was required (and has since recovered from the surgery). Police are now investigating the attack following the arrests of three alleged assailants. Xenophobia seems to loom as largely the motivation for this disturbing event. Indeed, the German Ambassador in Belgrade, Heniz Wilhelm, was quoted as saying that the attackers’ comments “gave a new xenophobic dimension” to the assault. It remains to be seen if the attack also had a homophobic aspect, but it would not be a stretch to think that gay bashing was also a motivation.

This is Belgrade after all. Its history is replete with documented anti-gay violence that stretches back to 2001 and despite police protection for Pride in 2010, right-wing nationalist groups launched a broadsided violent attack on marchers and police alike, sending nearly 100 people to the hospital.

And here's the rub: the Serbian government is recalcitrant in its constitutional inability to admit responsibility for past war crimes.  Serbia's political leadership persists in the repulsive assertion that the Srebrenica massacre that occurred in Bosnia in 1995 resulting in the murders of 8,000 men and boys was not genocide, despite the judgement of the International War Crimes Tribunal of the Former Yugoslavia. Indeed, Srebrenica is nearly universally recognized as a genocide  with the exception of maybe Russia, North Korea and China, a stellar lineup of human rights abusing regimes. Serbian officials demonstrate over and over again a lack of political will, if not outright refusal to vigorously address an ad nauseum list of unresolved war crimes cases, which includes the cold blooded 1999 execution of the three American Bytyqi brothers in Kosovo, is just one glaring example of dozens of cases yet to be prosecuted.

Violence against the Labris conference is related to postwar impunity. No justice = continued politics by violence.
— Eric Gordy (@EricGordy) September 13, 2014

Why should Vucic care at all about European standards, when the European Union itself seems less than committed to further enlargement? As Florian Bieber, a noted scholar on the Balkans pointed out earlier this year, the European Commission's enlargement office was moved out of its main building to a nondescript office a block away, perhaps a metaphor for its lackluster policy approach. Jean-Claude Junker, President of the EU Commission has since announced that "The EU needs to take a break from enlargement" but this is somewhat misleading, as Dr. Bieber pointed out, Junker's announcement could actually translate into a significant slow down in enlargement because it already had extended enlargement timelines for candidate states at least five more years anyway. Serbia just undertook the process within the last year and it remains to be seen just when Serbia could actually qualify as a new EU member.

Slowing down EU enlargement is not the right approach for Serbia and in particular with respect to the Vucic government, which has grossly strayed from rule of law practices on the issue of LGBT human rights, let alone its failure to address its macabre past.

A Serbian consortium of human rights groups announced in June by the Humanitarian Law Centre, will monitor and periodically issue shadow reports on the Serbian government and the EU accession process on the key issues of transitional justice and the rule of law. This is an entirely appropriate role of civil society organizations in the midst of the EU process. Civil society leaders in Serbia have quietly raised questions about the EU accession role and whether Brussels will truly keep Serbia accountable to the process. Serbia has a long way to go toward implementing and demonstrating respect for the "rule of law".  In its most contemporaneous record on these matters, the Serbian government's failure to address an entrenched right-wing and afford rights and protections to its LGBT citizens, is one of its most glaring failures.  So much for the path of accountability on the way to Brussels. 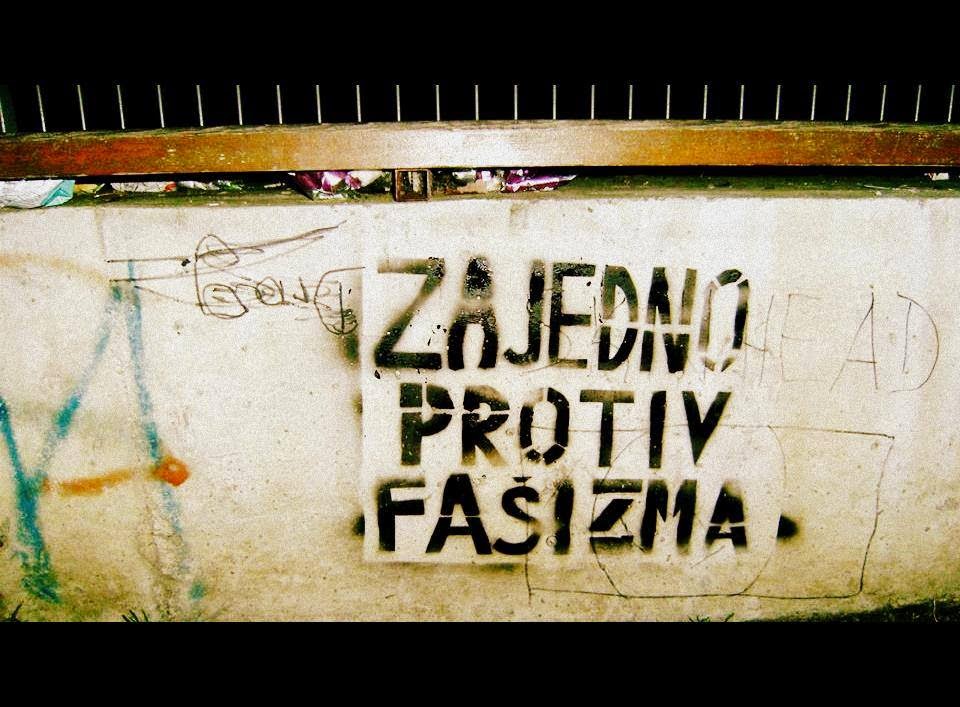 Another deep concern about Serbia and a poor human rights track record is its opportunistic relationship with Russia -- not just your average Russia, but Putin's Russia. Next month, Vladimir Putin will visit Belgrade on October 19 and take part in ceremonies marking the 70th anniversary of the liberation of Belgrade during World War II.

Vucic visited Moscow in July and Milorad Dodik, president of the Serb entity in Bosnia and Herzegovina, has been burning up air miles between his Banja Luka outpost and Moscow (dubbed as "Moscow's Man in Banja Luka" by colleague Jasmin Mujanovic) with regularity, garnering Russian honors and soliciting rubles to help bolster Banja Luka's woefully parched economy (since he refuses to participate in the Dayton peace process). These brothers across the Danube are getting a little help from their Slavic friends, while Putin fouls the air domestically and internationally.

Serbia is playing with fire by cozying up to Putin, who has unleashed homophobia, a new round of xenophobia and all out war in Eastern Ukraine during his latest return to the Russian presidency.  A hint of Putin's nasty legacy that is seeping into Europe is evidenced in a previously held  secret meeting in Vienna last summer organized by anti-gay Russian oligarch Konstantin Malofeew, for the expressed purpose to take on Europe's "gay lobby" and progressive liberalism. This meeting of right-wing parties in Europe  should be recognized as a burning red flag by Brussels and serves as a cautionary tale.

But Vucic apparently has not received a missive from Brussels, which should read: "stay in your backyard and clean up the mess."

Whether Belgrade Pride is successfully carried off this year, remains to be seen. But whatever the outcome, it remains abundantly clear, the LGBT community in Serbia has a steep upward climb before it can achieve a measure of equality and dignity.  For this nascent movement to succeed, it must join forces together with a broader progressive and inclusive human rights movement, that is animated by respect for the rule of law as enshrined in the European Convention on Human Rights.  The LGBT human rights movement in Serbia and throughout the Western Balkans, is the first political and social movement to emerge post conflict.  Those who identify as LGBT are in many instances supported by heterosexual allies, who also embrace fundamental human rights principles. Together, they must bear the burden and make the case for expanding rights to the Serbian government and the public that LGBT rights are human rights. It will not be easy. It will be a struggle for some time to come. But with engaged and proactive EU support by insisting that Belgrade remain accountable during a likely extended enlargement period, this approach will go a long way toward addressing the crimes of Serbia's past and move into a future that enables LGBT people to live full, authentic and vibrant lives without fear of reprisal and retribution.

Tanya Domi is an Adjunct Professor of International and Public Affairs at Columbia University's School of International and Public Affairs. She is a faculty affiliate of the Harriman Institute and a Fellow at the Emerging Democracies Institute based in Washington, D.C.  She is currrently wriiting a book on the emerging LGBT human rights movement in the Western Balkans.

Posted by Unknown at 4:29 PM No comments: